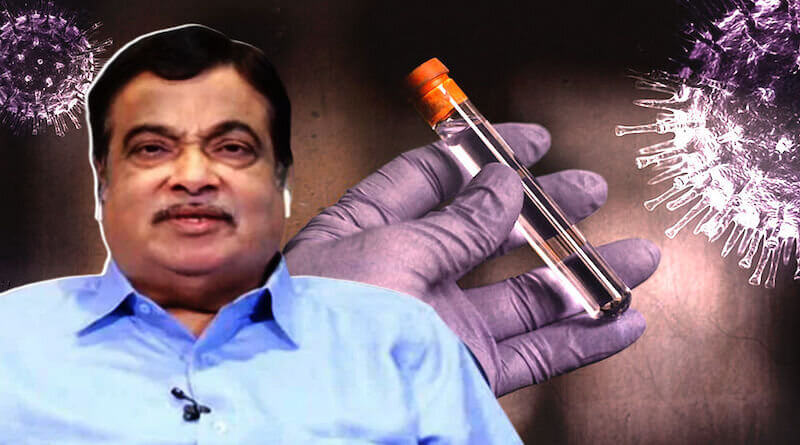 “This is not a natural virus. It is an artificial virus and now many countries in the whole world – they are researching it for a vaccine,” Gadkari said.

Union Road Transport and MSME Minister Nitin Gadkari on Wednesday said that the coronavirus was created in a laboratory and did not emerge from the market of Wuhan city in China, while speaking to NDTV.

“We have to understand the art of living with corona. This is not a natural virus. It is an artificial virus and now many countries in the whole world – they are researching it for a vaccine. The vaccine is not available, it is expected that the vaccine will be available as soon as possible, then there will be no problem,” Nitin Gadkari said in the interview.

Recently, United States President Donald Trump also alleged the origin of the virus is a lab in China, claiming to have substantial proof linking a Wuhan lab to the infection.

Gadkari said that another problematic issue that we’re facing is methodology detection of the virus.

“We need some good methodology for that so that we can immediately identify the virus. This is unexpected because this is a virus from the laboratory, this is not a natural virus, so the world is now prepared, India is now prepared, scientists are prepared.”

He said we might have the vaccine soon, as many countries are now proactively participating in developing one.

Speaking on the stranded migrants who returned to their natives after exemption made in interstate travel, Gadkari hoped that they would return as soon as businesses reopen.

He said India not only is fighting the pandemic but also facing the brunt of an economic war. “We are a poor country and can’t increase the lockdown from month to month,” he said.

Speaking about the government’s package for small businesses, the Union Minister said MSME has faced crucial problems due to the outbreak, and the package will act as a ‘booster dose’ for the sector.

“Not only will we win the fight against Corona, but at the same time we will win the economic war and make India super economic power,” Gadkari said.