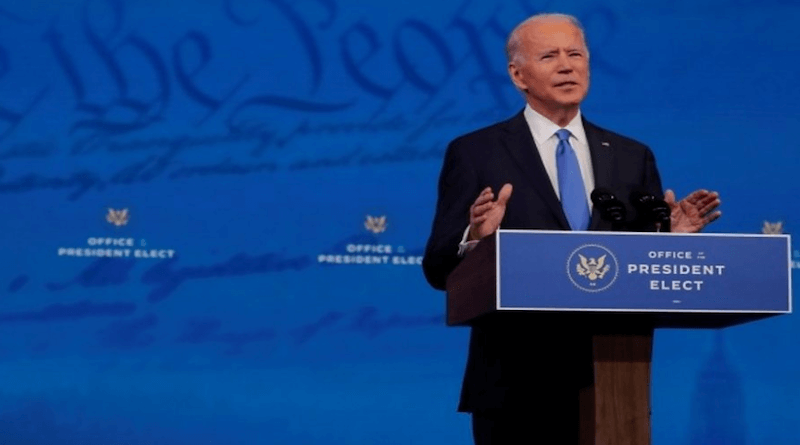 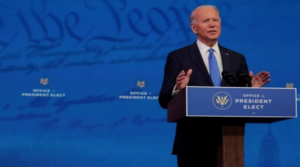 Joe Biden has said it is “time to turn the page” after his presidential election victory was confirmed by the US electoral college.

In a speech after the announcement, he said the US democracy had been “pushed, tested and threatened” and “proved to be resilient, true and strong”.

He condemned President Trump’s attempts to challenge the result and said the “will of the people prevailed”.

The confirmation was one of the steps required for Mr Biden to take office.

Under the US system, voters actually cast their ballots for “electors”, who in turn, formally vote for candidates weeks after the election. Democrat Joe Biden won November’s contest with 306 electoral college votes to Republican Donald Trump’s 232.

President Trump, who shows no sign of accepting the result, has not commented. Shortly after the electoral college’s vote, he announced on Twitter the departure of Attorney General William Barr, who had said there was no evidence of widespread voter fraud in the election, despite the president’s claims.

Speaking in Delaware, Mr Biden praised “ordinary men and women” who had refused to be bullied, referring to the president’s efforts to question and overturn the results, involving legal challenges which have been rejected by courts across the country.

“The flame of democracy was lit in this nation a long time ago,” he said. “And we know that nothing, not even a pandemic or an abuse of power can extinguish that flame.”

Mr Biden said it was time to “turn the page, as we’ve done throughout our history, to unite, to heal”.

What happened at the electoral college?

Normally the electors do not get that much attention but this year, due to Mr Trump’s efforts, the state-by-state vote was in the spotlight.

Solidly Democrat California, with its 55 electors, was one of the last states to vote on Monday and took Mr Biden across the 270-vote threshold required to win the presidency.

Heightened security had been put in place in some states, including Michigan and Georgia, ahead of voting, which took place in state capitals and Washington DC.

In Michigan – a key swing state which Mr Biden won – legislative offices in the state capital Lansing were closed due to “credible” threats of violence.

The vote at the capitol building went ahead peacefully although a group of Republicans tried to enter the building to hold their own vote and were turned away.

In his speech, Mr Biden described the harassment of officials following the election as “unconscionable” and said: “It’s my sincere hope we never again see anyone subjected to the kind of threats and abuse we saw in this election.”

He also noted that he had the same number of electoral college votes that Mr Trump said was a “landslide” when he won in 2016. Mr Biden emphasized that he had also won the popular vote, something Mr Trump failed to clinch four years ago.

Republican Senator Lamar Alexander said: “The presidential election is over. States have certified the votes. Courts have resolved disputes. The electors have voted. I hope that President Trump will put the country first, take pride in his considerable accomplishments, and help president-elect Biden get off to a good start.”

Who are the electors?

Each political party with a candidate on the presidential ballot nominates or votes on its own slate of electors in the months prior to election day. Once we know who won a state’s popular vote, we know which party will appoint the electors for that state.

The US Constitution only states that electors cannot be members of Congress or others who currently hold federal office. This year, the most famous electors are former President Bill Clinton and 2016 presidential candidate Hillary Clinton, chosen for the Democrats in New York.

Electors almost always vote in line with their pledged candidate, although in 2016 some did not and this prompted states to change their laws to try and prevent a recurrence. Analysts say there is next to no chance that Mr Biden’s victory could be overturned.

Does Trump have any chance?

The quadrennial meeting of the US electoral college is usually a formality along the way to a presidential inauguration – a vestigial political event that long ago lost its power and relevance.

Donald Trump’s scorched-earth strategy of contesting the results of the 2020 election, however, has given the proceedings new attention.

Although his legal team has had little success in challenging the results of the vote in multiple battleground states, the official recording of the electoral college ballots across the US will effectively lower the curtain on these long-shot judicial manoeuvres.

That does not mean the Trump team is giving up, of course. It is holding alternative electoral college proceedings with an alternate set of votes that will declare the president the real winner. They will continue with futile court challenges and, eventually, ask Congress to overturn the election results.

It is an alternative reality that Donald Trump’s supporters may find more comforting than the one where Joe Biden is president-elect.

Given that the House of Representatives is controlled by Democrats, the official electoral college tally will have been duly certified by the states on Monday and federal law is on Mr Biden’s side. Mr Trump’s chances of success in the real world, however, sit squarely at zero.

The results of the voting process will be sent to Washington DC and formally counted in a joint session of Congress on 6 January presided over by Vice-President Mike Pence.

That will pave the way for Joe Biden to be sworn in as president on 20 January.

Last month, President Trump said he would leave office in January if Mr Biden were affirmed as the election winner by the electoral college. Nevertheless, he has continued to make unsubstantiated claims of election fraud and there are few signs he will concede. 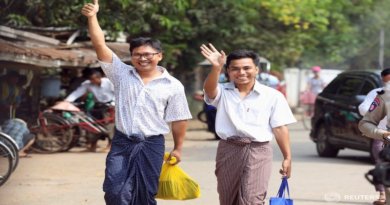