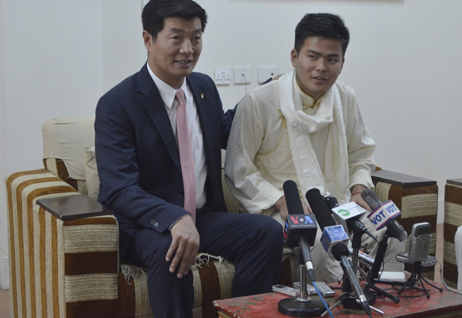 DHARAMSALA, June 3: A student from TCV School Suja has won the prestigious Sikyong Scholarship after scoring 95.8% in this year’s All India Senior School Certificate Examination (Class XI) conducted by the Central Board of Secondary Education.

Tenzin Damdul, the recipient of the scholarship worth INR 100,000/- was personally commended by Sikyong Dr Lobsang Sangay, the democratically elected political leader of the Tibetan people on May 31 at his office and a press conference was held to officially announce the winner.

Sikyong Sangay congratulated the young student on his remarkable achievement and complimented the principals, teachers, staff members and parents of the Tibetan schools for delivering an impressive result this year.

“I congratulate Tenzin Damdhul for his remarkable achievement and appreciate the hard work that he put in to succeed in the class XII board examination,” Sikyong said adding, “When the Department of Education, after much deliberation, first announced that any Tibetan student who scores more than 95% shall receive the Sikyong scholarship of INR 100000/-, some students said it’s like ‘momo in glass’ (Tibetan phrase referring to something unachievable). But within three years since its announcement, Tenzin Damdul and Tenzin Choekyi, the first recipient has proved that it is achievable.”

“Thanks to the efforts put in by the students, principals, teachers and the staff members of the Tibetan schools, the academic performance of Tibetan students in class XI Board examinations has greatly improved in recent years. Last year 321 students scored more than 75% and this year, 443 students scored more than 75% clearly indicating a marked improvement. Therefore, I would also like to compliment the principals, teachers, parents and staff members of the Tibetan schools for their efforts in delivering an impressive result,” Sikyong further said.

Speaking to media persons, Tenzin Damdul said, “Thanks to His Holiness the Dalai Lama, the Central Tibetan Administration and my teachers, I’ve been able to receive the Sikyong Scholarship.”

“As we do not have a nation and the fact that Tibetans in Tibet are living in a critical situation, Tibetan students should study even harder as we are not ordinary students,” he added.

Tenzin Damdul’s impressive mark sheet read 93 in English, 98 in History, 95 in Political Science, 98 in Geography, 95 in Economics and 64 in Tibetan.

1431 Tibetan students have appeared in the class 12 CBSE exams, 1306 have passed, 25 students failed and 100 students were placed under compartment category (failed in one subject). The overall pass percentage of Tibetan schools is 91.26 which is a marked improvement from last year’s 86.7%. 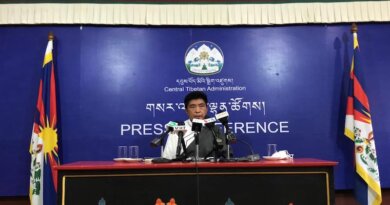 Can not go beyond Article 47 when it comes to oath-taking ceremony: CEC 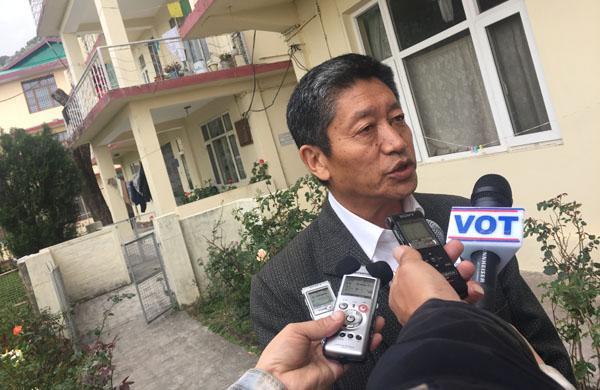