The head of the Tibetan government-in-exile said on Friday he was encouraged by U.S. President-elect Donald Trump’s tough stand on China and urged him to ditch backdoor diplomacy on furthering the Tibetan cause and be more confrontational.

The United States and its European allies have sought to engage China over allegations of repression since Washington reached out to Beijing back in the 1970s, effectively driving the Tibetan issue out of public forums, Lobsang Sangay said.

But that approach had not worked and human rights abuses had only worsened, the Harvard-educated legal scholar told Reuters in an interview.

Beijing had grown even more assertive, from threatening neighbours over the South China Sea dispute to repressing dissent in Hong Kong, he said.

“There is negligible or rather zero result as far as this ‘quiet backroom dialogue’ is concerned,” Sangay said in the Tibetan bureau office in New Delhi.

“It’s time for an open discourse where we press the Chinese government. We are not saying put sanctions, but that we be forthright, be frank on what’s going on in Tibet and in China in general and to raise the issue.

“And publicly share what’s going on what has happened, because we have to make the Chinese government accountable,” he said in remarks ahead of the release of a report on what activists see as the erosion of Tibetans’ ethnic and religious identity and the degradation of their environment.

China denies accusations by exiles and rights groups of rights abuses in Tibetan parts of the country and insists it allows freedom of religion, blaming the exiled Tibetan spiritual leader the Dalai Lama for promoting unrest.

Trump has signalled a more “upfront and assertive policy” towards China, and Tibetans – who number about 6 million in their home region and 150,000 abroad – are waiting to see how it translates with regard to their struggle, Sangay said.

Trump took a phone call from Taiwan President Tsai Ing-wen this month and said the United States did not necessarily have to stick to its long-held stance that Taiwan is part of “one China”, triggering a diplomatic protest from China.

Trump plans to nominate a long-standing friend of Beijing, Iowa Governor Terry Branstad, as the next U.S. ambassador to China. But he is also considering John Bolton, a former Bush administration official who has urged a tougher line on Beijing, for the deputy job at the U.S. State Department, according to a source familiar with the matter.

Sangay said Trump’s “bold” statement on Taiwan had been consistent with what the U.S. president-elect had been saying for years and it was rooted in a realistic view of China.

“If you really want to understand China, you have to know the Tibetan narrative. What happened to Tibet is vital to understanding what China is capable of. So the fact that he is indicating some realistic views about China, in that sense, it is a positive indication.”

Beijing denounces the Dalai Lama as a dangerous separatist who wants an independent Tibet. He denies espousing violence and says he only wants genuine autonomy for his Himalayan homeland.

The Dalai Lama fled into exile in India in 1959 after a failed uprising against Chinese rule and established the Central Tibetan Administration in the northern hill town of Dharamsala.

Sangay said he hoped the United States and other democratic countries including Japan and India would lead an effort to call out China for its repressive policies in Tibet and press for a settlement.

“We just think there has to be coordinated process from all like-minded countries on the issue of Tibet, and then press China to resolve the issues peacefully through dialogue.”

He said the Tibetan movement had not formally approached the Trump camp but would do so soon as the president-elect assembles his cabinet team.

Sangay said Tibetans expected Trump to meet the Dalai Lama when he travels to the United States next year as had his predecessors, Barack Obama and George W. Bush.

The Indian government had ignored China’s “strong opposition and insisted” on arranging for the Dalai Lama to share the stage with Mukherjee, and meet him, Foreign Ministry spokesman Geng Shuang told a daily news briefing in the Chinese capital.

Sangay said the first public meeting between the Indian president and the Dalai Lama sent a powerful message to the rest of the world and to Beijing. 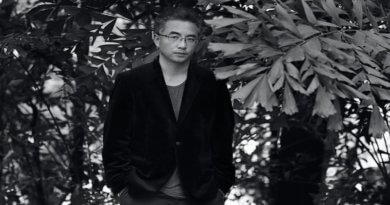 An Interview | Pema Tseden on Breaking into the International Scene 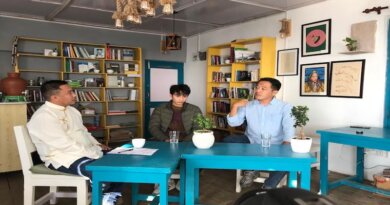