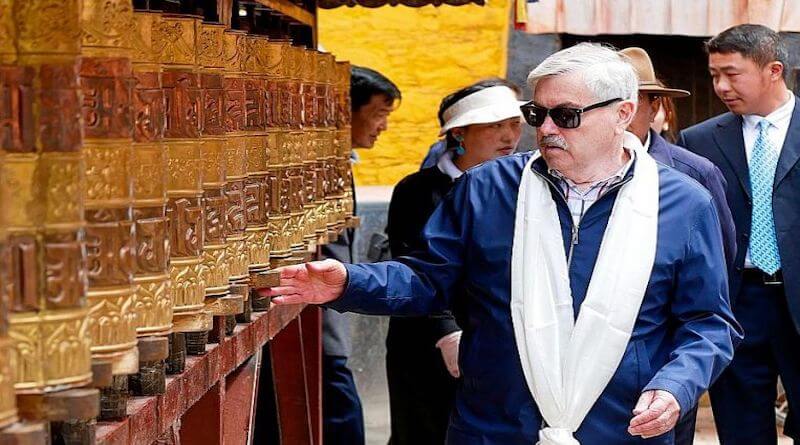 DHARAMSALA, 27 May: The US Ambassador to China has urged China to engage in substantive dialogue with His Holiness the Dalai Lama during his visit to Tibet.

Ambassador Terry Branstad, the first American envoy to visit Tibet since 2015 has urged the Chinese government to engage in substantive dialogue with the Dalai Lama or his representatives, without preconditions, to seek a settlement that resolves differences, the US Embassy said.

Terry Branstad has also “expressed concerns regarding the Chinese government’s interference in Tibetan Buddhists’ freedom to organize and practice their religion,” the embassy said in its statement.

The US Ambassador has further raised the long-standing concerns about the lack of consistent access to Tibet during his week-long visit to Tibet over 19- 25 May that saw him meet with Chinese government officials and Tibetan religious and cultural figures.

Tibet was listed as the least free place on earth after Syria by Freedom House in its 2019 annual review for the fourth year in a row.

The ambassador’s remarks came after China said that the ambassador can see for himself the enormous changes that have taken place in Tibet’s socio-economic development and local people’s work and life since the peaceful liberation of Tibet over 60 years ago.

“We hope the US side will come to a fact-based conclusion rather than being misled or disturbed by long-standing hearsay and rumours,” the Chinese Foreign Ministry Spokesperson Lu Kang has said.

Beijing has condemned the US envoy’s remark as an unconstructive and interfering with China’s internal affairs.

“There is no room for the US to lecture the Chinese government on how to deal with China’s internal affairs,” Chinese state-run Global Times quoted Zhu Weiqun, former head of the Ethnic and Religious Affairs Committee of the National Committee of the Chinese People’s Political Consultative Conference as saying in its report.

The visit by the US envoy follows the passage of the Reciprocal Access to Tibet Act in December last year, a law that calls for the denial of access to the United States for Chinese officials who design and implement travel restrictions on American journalists, diplomats and citizens from entering Tibet.

While Chinese people can travel to Tibet at will, foreigners are required to obtain a special permit in addition to their Chinese visas.

The US has accused China of “systematically” blocking access to Tibet to diplomats and foreign journalists earlier in March.

“The Chinese government systematically impeded travel to the Tibetan Autonomous Region (TAR) and Tibetan areas outside the TAR for US diplomats and officials, journalists and tourists in 2018,” the US State Department stated in a report to Congress, mandated by the Reciprocal Access to Tibet Act that documented access problems to Tibet.

Meanwhile, the communist regime has audaciously claimed that Tibet is open to everyone and that the restrictions were necessary to protect the safety of the tourists owing to the high altitude of Tibet.

Representatives of the Dalai Lama held nine rounds of talks with China until 2010 and in 2012, the envoys of His Holiness the Dalai Lama resigned from their positions citing overall deteriorating situation inside Tibet and “lack of willingness and sincerity” from the Chinese side.

Since then the dialogue was open through only informal channels. 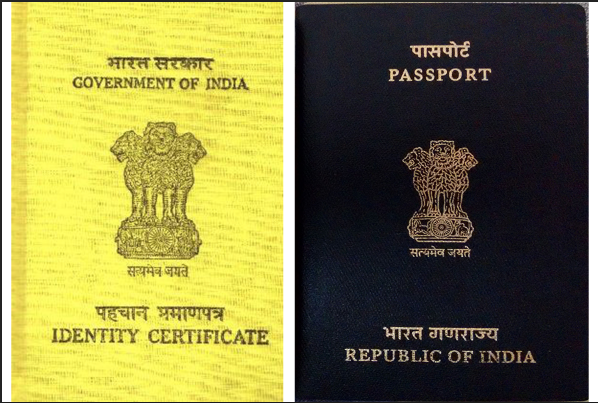 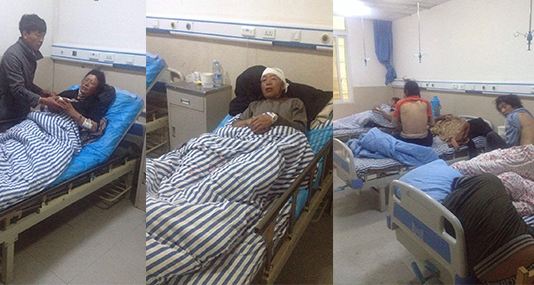 Headmaster of Tibetan school in Nepal arrested for rape and molestation