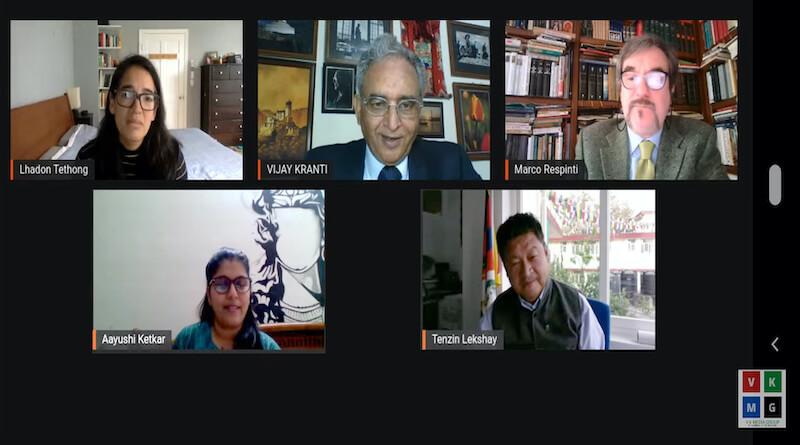 New Delhi – 9 April: Near total indifference of world governments and international institutions towards the ongoing spate of self-immolations inside Tibet has exposed the hypocrisy of the world community. A group of international experts who examined the reasons behind 160 known cases of self-immolation in Tibet in recent years and shared views on this issue were unanimous in their observation that the process of eliminating Tibetan identity and replacing it with the Communist Chinese identity is dangerous and inhuman and calls for urgent attention of the world community.

These experts, belonging to Italy, Canada, India and Tibet shared their views in an international webinar titled “Why over 150 Self-Immolations in Tibet” which was organized jointly by the Centre for Himalayan Asia Studies and Engagement (CHASE) of New Delhi and Tibetan Youth Congress (TYC) from Dharamshala on Saturday 8th April evening. The experts were of the opinion that the current process of identity transformation through cultural genocide in Tibet has gained a new momentum since President Xi Jinping took over China’s leadership and it is bound to increase Tibetan people’s frustration against the Chinese rule and could further accelerate the spate of self-immolations in near future.

The issue of self-immolations by ordinary Tibetan citizens against the Chinese rule has got into news headlines once again following two such cases happening within a gap of one month this year. On 27th February Tsewang Norbu, a 25-year-old popular Tibetan singer had committed self-immolation in front of Potala Palace, the traditional residence of exiled Dalai Lama, in the capital city of Lhasa in Tibet. A month later, on 27th March an 81-year-old Tibetan, named Taphun, consigned his body to flames in front of the local Chinese police station in Ngaba town of Sichuan which is world famous for Tibetan Kirti monastery.

Mr Marco Respinti, a well-known China watcher from Milano, Italy and Director-in-charge of ‘Better Winter’, a magazine focused at religious liberty and human rights, said that the Ngaba town of Sichuan has gained the dubious distinction as the ‘world capital of self-immolations’. “The Chinese administrators of Tibet under the leadership of President Xi have imposed such strong restrictions on Tibetan people’s movements and freedom of expression that self-immolation by individuals has become the only possible way of expressing their opposition to the Chinese rule,” he said. “The cultural genocide in Tibet by the Chinese Communist Party (CCP) is working as an incitement to self-immolations in Tibet. This should help the world to understand who is the real killer behind these self-immolators?” he added.

Tenzin Lekshay, the spokesperson of the Central Tibetan Administration (CTA), the de-facto ‘government in-exile of Tibet’ in Dharamshala, underlined that a very large majority among self-immolators are those youths who themselves as well as their parents were born much after China occupied Tibet and the Dalai Lama went into exile. “If such youths commit self-immolation and call for a ‘Free Tibet’ and return of Dalai Lama to Tibet in the last moments of their life when their body is on fire, then it clearly indicates the level of frustration and opposition among Tibetan masses against the Chinese rule in Tibet.” Pointing out at the ongoing mindless exploitation of Tibet’s natural resources by China, Lekshay said, “Chinese rulers want Tibet but don’t want the Tibetan people. That is why they are bent upon destroying Tibet’s identity.”

Ms Lhadon Tethong, a Canadian citizen of Tibetan origin and Director of Tibet Action Institute, blamed President Xi for the increasing frustration among Tibetan masses because his draconian measures and use of modern technologies like digital surveillance, drones and artificial intelligence have nearly ended the freedom of movement of Tibetan people even within Tibet and have blocked even intra-society communication. “Before Xi took power, an average of 2200 Tibetans used to manage to escape from Tibet via Nepal every year. But with current levels of surveillance and restrictions imposed by Xi, only five Tibetans could manage to escape in past two years. This suffocation is forcing the ordinary Tibetans to extreme and desperate steps like self-immolation,” she said.

Lhadon expresses serious concerns about the survival of Tibetan identity in near future. “President Xi has not only closed Tibetan language schools across Tibet but his government has started a new movement of snatching away Tibetan children as young as five years from their parents and pushing them into residential Chinese language schools. In the name of education these little kids are being subjected to communist brainwashing and loyalty to the CCP. The number of such children in these schools has now gone beyond 800 thousand which is about 80 per cent population of Tibetan children in that age group,” she said.

Vijay Kranti, a Tibetologist of international repute and Chairman, CHASE moderated the discussion. Commenting on near total absence of international concern over such a high number of self-immolations inside Chinese controlled Tibet he said that mere the fear of losing business with China has pushed the governments, world business leaders, international institutions and the world media to abandon their declared swearing and commitment to human rights, justice and rule of law.

Prof. Aayushi Ketkar, teaching at the Special Centre for National Security Studies at Jawahar Lal Nehru University (JNU) in New Delhi expressed her shock over the international indifference on Tibet. “In a world where a single self-immolation by a poor shopkeeper in Tunisia could lead to upheaval in a dozen countries of Middle-East, or self-immolation by a Vietnamese monk in Siagon in 1963 could pave way for the exit of the world’s most powerful US Army from Vietnam, then how the same world community can afford to be looking other way when 160 Tibetans have consigned their lives to flames?” she asked.

The author is a senior journalist and a Tibetologist. He is presently the Chairman of the Centre for Himalayan Asia Studies and Engagement, New Delhi. He can be contacted at  v.kranti@gmail.com  | www.vijaykranti.com. | +91 9810245674 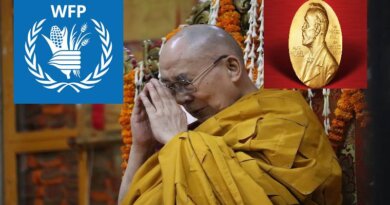 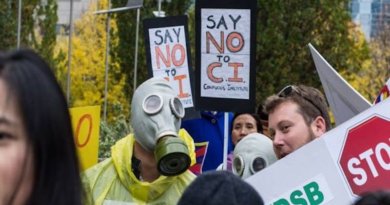 UMass Boston, the 13th US academic institution to sever ties with Confucius Institute