DHARAMSALA, Nov 21: The American Ambassador to China, Gary Locke, the first Chinese-American to hold the post said Wednesday that he will step down in early 2014 and rejoin his family in Seattle. “When I met with President (Barack) Obama earlier this month, I informed him of my decision to step down as ambassador in early 2014 to rejoin my family in Seattle,” Xinhua quoted Locke as saying in a statement to the media.

In June this year, Ambassador Locke made a rare visit to Tibet with his family and several embassy officials and urged Chinese authorities to open up access to Tibet for diplomats, foreign journalists and foreign tourists. He also emphasized the importance of preserving the Tibetan people’s cultural heritage, including its unique linguistic, religious and cultural traditions.

It was the first time since September 2010 that Beijing has granted a US ambassador access to Tibet.

Mr Locke served as the US Ambassador to China for a little over two years during which he was involved in some of the most sensational and contentious bilateral incidents in recent years.

In February 2012, the police chief of Chongqing, Wang Lijun, fled to a U.S. consulate in Chengdu in connection with the murder of a British businessman, setting off China’s biggest political scandal in years. His flight led to the removal and subsequent sentencing of Chongqing’s leader, Bo Xilai, formerly one of China’s most powerful politicians, to life imprisonment on corruption charges.

Two months later, blind legal activist Chen Guangcheng escaped house arrest and was given shelter in the U.S. Embassy in Beijing, where he remained for six days. Chinese officials later allowed the activist and his family to leave the country to study in New York.

Ambassador Locke had earlier served as both the governor of Washington State and the U.S. Commerce Secretary. 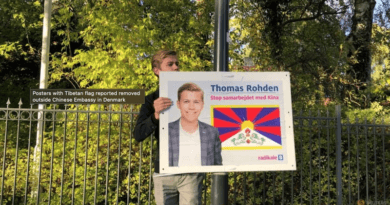 Election posters with Tibetan flag cause China to frown in Denmark 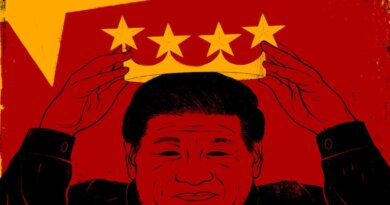 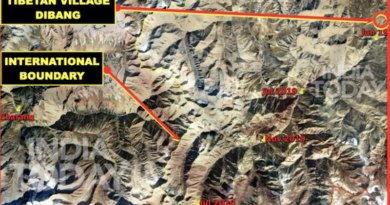